Each work of this series is assembled from two photographs, one being shot in the museum, and the other in the studio.
Many thanks to all models for their patience and extraordinary work. 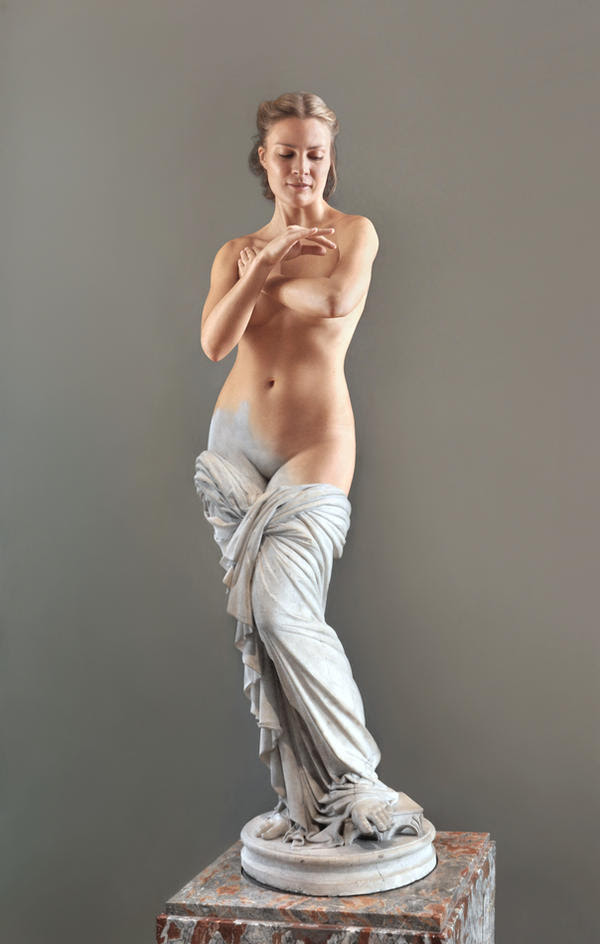 Marble I
After "Nymph with a Scorpion" by Lorenzo Bartolini. 1845. Louvre, Paris
Model: Ivin

Marble V
After "Diana with a Stag" attributed to Jean Goujon, near 1550. Louvre, Paris
Model: Karen

Posted by Nikolai Endegor at 5:28 PM